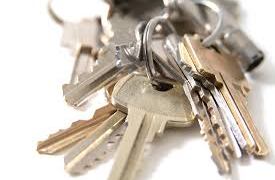 It’s been 7 months now but I still do it fairly often. It’s embedded in my subconscious, or in my muscle memory. As I stand up to leave a place I reach back to feel my left back pocket to make sure I still have my keys on me. It’s a pretty typical routine for many people. Thing about it is though… I just don’t have any keys any more. My three house keys are gone with my house. My four work keys, gone with my job. My two car keys, also gone with my car. I think back now as I separated myself from the previous life I lived and gradually gave up each key, one by one, until all that I was left with was an empty little aluminum carabiner with nothing on it. That carabiner still hangs on my backpack today, partly as a reminder of what I left behind but also because it turns out carabiners are extremely handy for more things than just key rings. It’s nice not having keys, its nice not having attachments, but honestly it also can be a very uncomfortable feeling. Getting the keys to my first car, the keys to my first apartment, the first time a job trusted me with the keys to the place… these are all big moments in our lives and symbolized personal accomplishments for me along the way. It was a tough choice leaving it all behind knowing that I’ll have to start all over again. But it was a choice that I know now was all worth it. I do wonder sometimes if it will feel the same way the next time around as I start collecting keys again. Or I wonder if now that I’ve gotten a taste for keylessness it will be hard to go back to so many attachments. This whole trip has been about challenging ourselves and learning about what makes us truly happy. I guess I’ll just have to see how I feel 7 more months from now.

All content copyright © Our Wander Year 2013. All Rights Reserved. Do not reproduce material from this blog without express written permission.