When I (Daniel) was last in Nicaragua, the only way to get to the Corn Islands, off of the Caribbean coast, was to take multiple busses through the jungles of central and eastern Nicaragua over three days, and finish it off riding on the deck of a cargo ship for 8 hours. A brutal journey through roughneck towns and villages that I avoided on my previous trip. Our most recent travels buddies unknowingly ended up making that exact trip after being told it would only take them a day at the most. We, however took the new one hour direct flight from Managua, across the country to the islands and at $80 it was money well spent! When we arrived fresh off our short plane ride we were refreshed and ready for the day; our friends that had finally arrived the day before us, exhausted, vowed to fly back and never again make that journey. It feels good when you get it right. Our rendezvous point… Little Corn Island. An undeveloped gem of a Caribbean island, Little Corn has the kind of turquoise waters and palm lined white sand beaches of dreams. It is idyllic beyond words and with only a handful of hotels and guesthouses (yet), but with hardly any tourists (yet), we easily found an affordable room ($15/night) and settled in for what we expected to be a wild week of snorkeling, scuba diving and beach bumming. Only a little bit of that would materialize though. After two fantastic days of beach bumming, trail hiking, ocean swimming, etc. a wind began to blow and everyone on the island began talking about a storm coming in. The electricity went out on the island. We went with our friends and played beach volleyball with the local kids and came back in the evening. Still no electricity. We spent the next two nights roasting in our electric fan-less room and woke in the morning to still no power. By the afternoon the sky was turning grey and rumor on the island was that power would not be restored and all ferries would be cancelled for the rest of the week once the storm came. Not wanting to be stuck on an electricity-less tiny island in a large storm, the group of us grabbed our stuff and managed to get on the last ferry off the island to Great Corn Island, a much bigger island that we could see from the shore still had electricity. So much for snorkeling or scuba diving. Our biggest regret was not going out diving one of those first days but we had no idea the storm was coming.

We made it to Great Corn Island. After much searching and dragging our bags around the island in the dark we found a place that could accommodate all of us, the Big Fish Guesthouse. We had to up our expenditure from $15 to $25 a night but… we had electricity, air conditioning, an in-house restaurant and bar and Cable TV! Everything you want during a storm. By the morning the wind was howling and being the adventurous group we are, we set out on a 4 hour walk around the island in the wind storm. Very cool. Palm trees were already fallen across the roads in places, phone lines were down, sand and palm fronds blew by us and the sea rolled violently. That would be our only real venture away from the guesthouse for the next few days as by nightfall the rain had come and a deck of cards became our new entertainment. Four days later the storm ended, just in time for our flight off the island. The wind still howled and in our small prop plane our pilot had to abort takeoff after the first attempt down the runway, but on the second try we got aloft and were off back to Managua.

Things don’t always go according to plan we’ve learned and our dream of scuba diving the pristine waters of Nicaraguas Corn Islands would have to wait for another day. Ahead of us laid a three day multi-bus dash through Nicaragua and Costa Rica towards Panama. South America is calling and the closer to the equator we get the hotter and more excited we get.

We began our travels through Nicaragua three weeks ago, heading to the spectacular twin colonial cities of Leon and Granada. At odds for centuries over which city was superior, Leon on the Pacific Ocean has maintained its reputation as the intellectual and cultural center of Nicaragua, while the lakeside town of Granada is Nicaraguas wealthy agricultural center with river access to the Caribbean. Our first stop was Leon and the Museo Gurdian Ortiz, the largest collection of Central American classic and contemporary art anywhere. END_OF_DOCUMENT_TOKEN_TO_BE_REPLACED

Travelling the way we are (cheaply) for a long time can be really, really, REALLY taxing. We call it ”character building” now. I know it seems like a total dream, travelling around the world to exotic locales for 400 days, but trust me, we’re not exactly staying at Sandals resorts and living a jet set lifestyle. This is the developing world and while a budget of $50/day for two people is livable, it grows weary after a while. Its been almost 3 months now and our standards of living have plummeted from our days in the ole USA. We just upgraded from our bamboo hut with sand floors in the jungle to a real, honest to god room with a functioning florescent light in it and an actual bathroom nearby! It’s the little things. Like walls. I’ve been bitten and stung more times in 3 months than in the 30 years prior. Sand fleas, mosquitos, biting ants, scorpions, spiders, jellyfish, you name it. You could play connect the dots on my leg right now. We lie in bed often at night, sweating in 95 degree heat with no AC for hours until just as we fall asleep the roosters wake us at 4am. Our backs have grown sore from sitting on cramped busses for 14 hours at a time and sleeping on cloth bundled springs and bars being passed off as mattresses. Hot water sounds mind-blowing. I just took a typical cold shower from an exposed pipe sticking out of the wall, no shower head, just some water drizzling out of a pipe. But hey, it got the sand off of me. Most of all though we miss our friends and families. Yeah already. We’ve made a lot of great friends on the road but that doesn’t mean we miss the ones we already had any less. It’s tough not having them around to share this with or to lean on at times.

We’ve got a long way to go and a lot of the world to see…maybe it will get easier… maybe it will get more difficult… but two things are for sure… it’s all been worth it… and by the time we’re done you’ll be able to see our character from space. 😉

There are quite a few stories about the history of the baleada, the most popular Honduran street food. The most interesting that I have heard goes as follows: There was once a woman from La Cebia who sold delicious wrapped tortillas. One day, out of nowhere, she was assaulted and was killed by a bullet. The word for bullet in spanish is balas. The woman was so adored for her cooking that from then on when people went to a restaurant they would say, “we are going to the baleada” (baleada in spanish means literally, shot woman) instead of “we are going to a restaurant” in honor of her. Today, a baleada is a homemade, wheat flour tortilla that is thicker than traditional tortillas. It is most commmonly filled with mashed red beans and cheese. A super baleada typically has scrambled eggs, sour cream and a choice of chicken or ham. Once filled, the tortilla is folded in half like a crescent moon and toasted lightly. I prefer mine without meat and topped with local Honduran hot sauce. Baleadas are a super affordable way to get in some good local eats, especially if you are eating on the go. 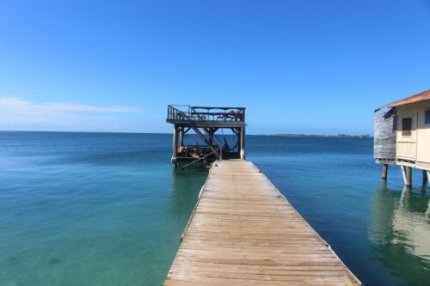 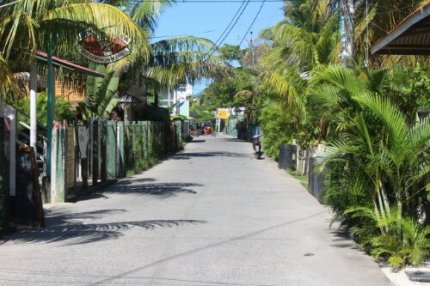